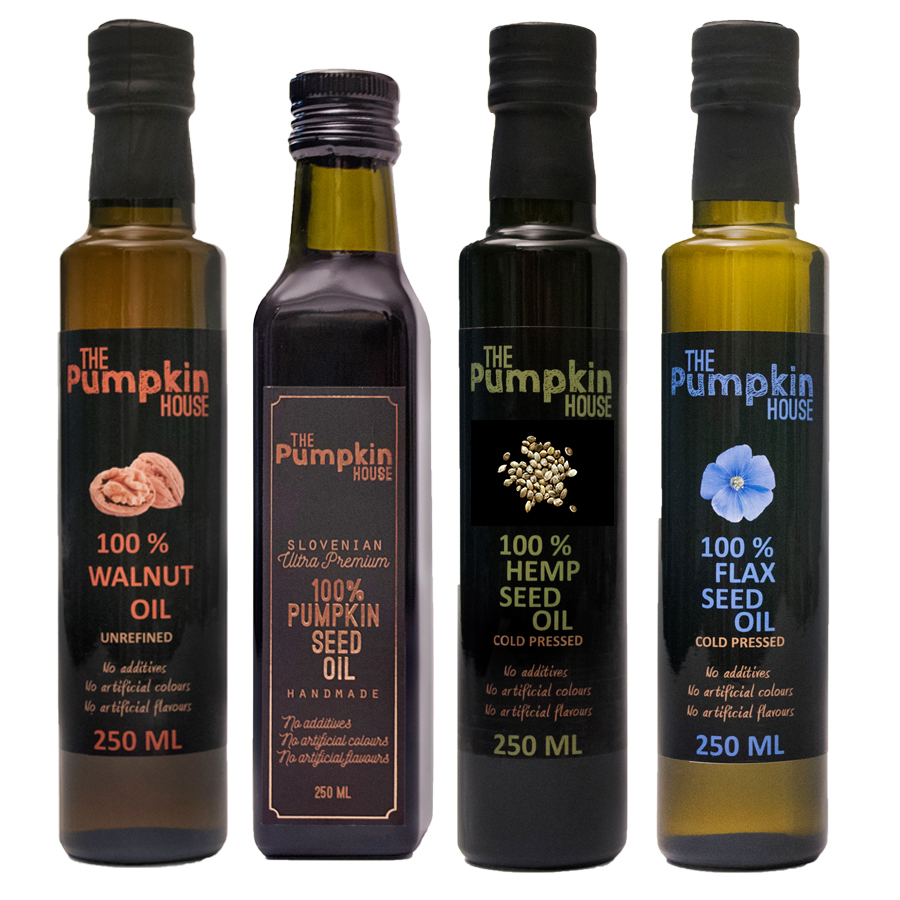 A look at Styria — home of pumpkin seed oil

This week we’ll look at the part of the world that PumpkinHouse’s pumpkin seed oil derives. We’ll examine what makes the region (or regions) so special, and why it is so suited to grow these very special pumpkin seeds.

Pumpkin seed oil has become one of the most popular of the healthy oils now recommended by nutritionists, cooks and lovers of good oil. It is famous for its unforgettable nutty taste and versatility in the kitchen. This makes it easy to adapt to most cooking and dressing needs. But the oil is also sought-after because it’s an excellent source of a range of vitamins, minerals, antioxidants and more. These include those with properties that are only now being understood by nutrition science.

Pumpkin seeds: what makes them so good?

Pumpkin seeds can be thought of as an all-round source of protein, vital for our health, according to the health site My Pure Goodness.

“Pumpkin seeds are a good source of complete plant protein that contain all 9 essential amino acids. They are also one of the best plant-based sources of omega-3 fatty acids and phytosterols. Pumpkin seeds are a source of vitamin A, B vitamins, vitamin C, vitamin E and vitamin K,” it states.

This study is an attempt to draw on a range of the studies carried to work out the health properties of pumpkin seeds. It notes that the consumption of the seeds is increasing throughout the world.

Here’s part of the report’s summary highlighting their richness in nutritious components.

“The pumpkin seeds, like other seeds, are rich in functional components. They are high in vitamin E (tocopherols), carotenoids, provitamins, pigments, pyrazine, squalene, saponins, phytosterols, triterpenoids, phenolic compounds and their derivatives, coumarins, unsaturated fatty acids, flavonoids and proteins. Moreover, pumpkin seeds are a good source of magnesium, potassium, phosphorus, as well as other minor minerals such as zinc, manganese, iron, calcium, sodium, and copper.”

So let’s take a closer look at Styria, its history and why it is so valued for its pumpkins.

Historically, Styria was a political and administrative region that existed from 1180 to 1918. After the breakup of the Hapsburg Empire, the southern third of the region became part of Slovenia. The northern two thirds, which are predominantly German-speaking, became part of Austria. They now form the Austrian state of Styria, or Steiermark.

After many conflicts following the First World War, the state was largely divided along linguistic lines. However many German-speaking communities are in Slovenia and several Sloven-speaking areas are in Austria. The formerly Lower part of Styria is now part of Slovenia and its pumpkin seed oil is a feature of its cuisine along with wine and other much-loved delicacies. It is from the Slovenian region of Styria that we get our famous pumpkin seeds and make our wonderful oils. You can find out more in our shop.

As mentioned Styria is divided into two regions, one in Austria, one in Slovenia. But why is the region so conducive to growing excellent pumpkin seeds?

Why is this a great region for growing pumpkin seed oil?

For it is the pumpkin seed oil that is the star of Styrian cuisine. Part of the acknowledged superiority of the seeds is the traditional methods of cultivating, harvesting and preparing the seeds. This along with the optimal growing conditions found in the region means the seeds are richer in both fat-soluble and water-soluble antioxidants, compared to other pumpkin seeds.

Pumpkin House oils and pumpkin seeds are all made from the high-quality Styrian pumpkins — the envy of the world. While the flesh of the pumpkin itself is not generally used for human consumption, the seeds are rich in nutrition and taste. Here at PumpkinHouse, we sell only these delicious seeds and use them to make our nutritious oil.

Check out our range of oils and seeds here or contact us should you have any queries. You can also follow us on Instagram at @the_pumpkinhouse and enjoy!